For three decades, Doc McKenzie & The Hi-Lites have appealed to fans of traditional gospel quartet, alongside The Canton Spirituals, The Williams Brothers, and Lee Williams & the Spiritual QC’s. With the release of Standing on the Rock-Live!, this dynamic group will be discovered by a much broader audience. Recorded live at Louisburg College in North Carolina, Doc’s group soulfully masters his trademark gospel quartet sound. From the first two radio singles, “House of Refuge,” and the recent Southern Gospel hit, “I’ve Won!” to the gospel version of the R&B smash, “Love Train,” Doc McKenzie and The Hi-Lites will make their mark with gospel fans of all styles. * Winner of 9 American Gospel Quartet Convention awards, including Quartet of the Year, Record of the Year, and Song of the Year (House of Refuge). 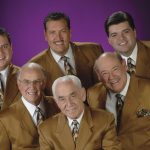 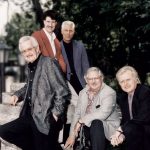